Price fixing, industry consolidation, and other anti-competitive business practices have long been the subject of intense antitrust scrutiny. To address these perceived flaws and abuses, President Biden issued an executive order on “Promoting Competition in the American Economy,” which calls for measures to ensure the strict enforcement of antitrust laws across several key industries, particularly in healthcare and life sciences. COVID-19 and Antitrust Risks: How Businesses Should Respond

The Coronavirus Disease 2019 (COVID-19) pandemic has significantly distressed the global market today. Companies suffer from interrupted supply chains and income losses as a result of paralyzed business operations. Practitioners think that this consequential business disruption may lead companies to collaborate with competitors in the hopes of keeping them afloat amidst the troubled economy. However, this move can also potentially violate the competition law. The DOJ’s “No-Poach” Agreements: Navigating Implications to the Year Ahead and Beyond

Regulatory uptakes on anti-competitive restrictions in labor markets is expected to ramp up with the Department of Justice (DOJ) Antitrust Division and the Federal Trade Commission (FTC) in the lead. Recently, the DOJ filed Statement of Interest on several pending cases to provide courts with significant guidance on the analysis of “no-poach” agreements and clarified that alleged cases of “no-poach” agreements do not automatically warrant per se review. Today's legal landscape presents a higher degree of complexity and challenges for antitrust class action certifications. Several legal and economic issues that require crucial understanding and analysis of the law pose risks for businesses and practitioners alike. Furthermore, with the recent decisions and ongoing court cases constantly shifting the process, it is becoming more imperative for companies and their counsel to be conversant with the latest trends and developments in class certification rules and provisions. A Comprehensive Ethics Guide for Lawyers: What You Should Know and Do

Strict compliance with the Code of Professional Responsibility is an essential factor that lawyers need to consider to avoid reputational risks and/or professional discipline, which could include suspension from the practice or disbarment. However, with today's evolving legal climate, along with the emergence of new rules, legal professionals are becoming more susceptible to a wide array of ethical risk issues. In this LIVE Webcast, antitrust lawyers Kivanç Kirgiz (Cornerstone Research) and Sophia Vandergrift (S&C) will provide the audience with an in-depth analysis of the fundamentals as well as the emerging antitrust scrutiny issues in vertical mergers. They will address recent trends and developments surrounding this significant topic. They will also discuss notable court rulings and expose the ever-evolving impact of the recent trends and updates in this area of law. As experts, they will present practical tips and strategies in preventing potential blind spots in a vertical merger agreement.

Trends and Developments in the Antitrust Landscape: Exploring Hot Buttons Under Biden’s Administration

The past years have seen sweeping changes in antitrust law regulation and 2021 is no different especially with the start of  President Joe Biden’s administration. With more emphasis on enforcement and stricter regulation, the Department of Justice (DOJ) Antitrust Division and the Federal Trade Commission (FTC) continue their aggressive stance on major technology companies, vertical mergers, cartel behavior, labor markets, and healthcare and pharmaceutical industries. The regulatory paradigm also presents a myriad of uncertainty as the new agency leadership is yet to be announced. Law and Economics of No-Poach Agreements: A Primer

No-poach agreements have been in the crosshairs of antitrust regulators since the issuance of the Antitrust Guidance for Human Resource Professionals in 2016. In the said guidance, the Department of Justice (DOJ) and the Federal Trade Commission (FTC) indicated their intent to criminally prosecute companies and employers that enforce no-poach agreements and other labor contracts which are considered illegal under antitrust laws. The agencies recently brought criminal indictments in keeping with their promise. Emerging Trends and Developments in Antitrust Merger Enforcement: What Lies Ahead

Challenges to mergers and acquisitions by US antitrust authorities spiked in 2019, with much attention paid to “nascent” competitive problems and vertical mergers. This was capped off by proposed Department of Justice (DOJ) and Federal Trade Commission (FTC) vertical merger guidelines, the first such guidelines issued since 1984. In addition, the DOJ has continued to express concern about merger remedies, leading to the DOJ’s attempt to stop the AT&T-Time Warner combination. The concern about remedies played another role in the court room, as one court engaged in an unprecedented expanded Tunney Act review of a merger consent order offered by the DOJ.  And not to be outdone, the Attorney Generals of several states showed their dissatisfaction with the DOJ remedies in the T-Mobile/Sprint consolidation, bringing their own lawsuit to stop the deal. In its continued effort to deter anticompetitive conduct and other violations affecting government procurement, the U.S. Department of Justice (DOJ) created the Procurement Collusion Strike Force in 2019. It is comprised of state and federal investigators and prosecutors mandated to investigate and prosecute all types of procurement collusions and other similar misconduct in government purchasing and programs. With the growing competition in the marketplace and the increasing number of antitrust claims, the Department of Justice’s (DOJ) Antitrust Division and the Federal Trade Commission (FTC) continue to intensify its crackdown on anticompetitive conduct across all industries. The FTC recently announced the creation of an internal task force that would monitor and investigate potential antitrust violations arising in the technology markets. What’s In and What’s Out for the Antitrust Landscape: Hot Buttons Under the Biden Administration

The antitrust law landscape is expected to be significantly altered under the new administration, particularly in light of the changes in the business landscape due to COVID-19. Among the key factors that companies must be aware of include changes to the focus of the Department of Justice (DOJ) and the Federal Trade Commission’s (FTC) approach in combating consolidation and monopoly power, most notably in the area of high tech antitrust. 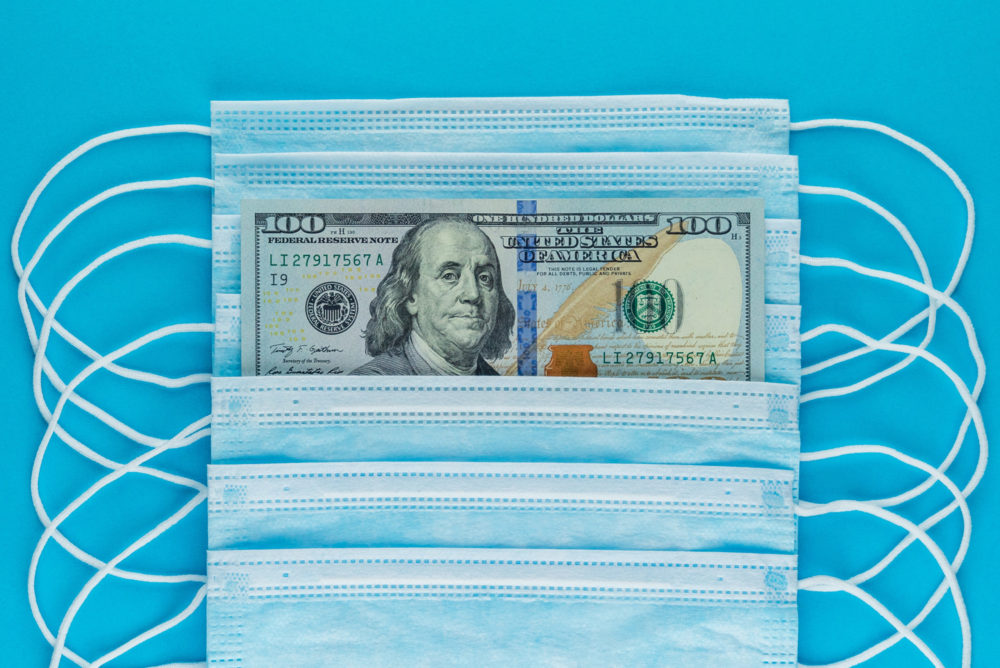 Price Gouging Amid the COVID-19 Crisis: Hot Buttons You Must Know

As the world grapples with various public health protection orders in response to the COVID-19 pandemic, reports of widespread price gouging among different states have added a significant level of burden to both the public and the government sectors.